Starting school, securing your first job, and accepting who you are present a challenge for most people.

Here, Aoife Casson shares her personal journey from struggling to receive a diagnosis, to learning how to accept that her autism is part of her unique identity.

Growing up, I had a lot of trouble making friends. I was bullied a lot and people called me weird, but in my eyes, they were the weird ones! Why would you want to play make-believe and dress up when you could watch a bit of David Attenborough and line your toys up in size order? It never made sense to me.

As I got older, the ‘weird’ label hung around and the bullying persisted. I was made to feel like I was involved with the banter, but somehow, I was always the subject of their jokes. I tried to fit in the only way I knew how – by mimicking their behaviours. I started wearing jeans even though I hate denim and I made the same jokes as they did. But for some reason, I always messed up. They’d say: ‘Oh my god, how can you do that?!’ ‘Do what?’, I would respond. ‘You know what we mean!’, they would shout back.

It was a running joke in my year that I was terrible at spelling. I couldn’t do sports to save my life and I was a lost cause at languages. Even in subjects where I excelled (like maths), I was put in a lower set as I couldn’t keep up with the writing.

By the time I was doing my GCSEs and A-Levels, I’d been diagnosed with dyslexia, dyspraxia, and dysgraphia. Mrs Green, my learning support teacher, was an absolute gem. My weekly half-hour session with her was a safe space where I could unload what was on my mind without judgement. She taught me valuable skills like time management and organisation, but in a way that made sense to me. She also fought tirelessly to get me the support and extra time I needed in my exams. Thanks to her, I was able to get the grades I deserved.

Learning how to be happy

When I was 18, I tried to get myself diagnosed with Asperger’s Syndrome. For a long time, Mum and I thought this is what I had. Despite the doctors at the Maudsley acknowledging that I had difficulty communicating, they diagnosed me with Atypical Autism based on what I had told them. They even went on to explain that had they gone entirely off what my mum had told them, they would have diagnosed me with Asperger’s. I was gutted. I didn’t have the confidence at the time to say they were wrong, and I was never able to get through to them via email after that day. The following years were filled with confusion, anxiety, and overwhelm. However, with the incredible support from my University friends, I learned how to be happy. How to be me. I learned my triggers and my social limits. I learned to recognise when my ‘cope’o’meter’ was maxing out. I didn’t enjoy those years, but it’s thanks to them that I’m so happy and confident now.

During my illustration degree, I realised I wanted to be a travel writer. I’d written a few blogs for my University while spending a semester studying abroad in Japan and they were received really well.

And that’s when I had a lightbulb moment.

I wasn’t terrible at writing, I just struggled with essays. I wasn’t a failure at languages, I just needed to find a language that I loved and a learning style that was right for me. It all made sense! I was destined to be a travel writer and live in Japan. I knew it would take a while to get to that point so I started applying for jobs in the UK that would help me get there.

The world of work

I remember applying for a content writer job at a recipe box company. I got down to the final interview when I accidentally let slip that I was dyslexic. Despite having done several grammatically perfect writing tasks, I was turned down because I was “lacking in confidence with spelling and grammar”. I knew it was just their way of saying “we don’t want a dyslexic person here” – I was so upset. I didn’t mind losing the job, but the fact that they turned me down based on a misconception that wasn’t an accurate depiction of me really hurt. How could they not look past all that and see that my writing was great?

Four months later, I was offered a 12-week temp job at Alzheimer’s Research UK. On day one of my new job, I was determined to be open about my Asperger’s and learning difficulties. I was prepared to defend myself until I was blue in the face. But I didn’t need to. When I told my manager that I had Asperger’s she said: ‘Thank you for sharing that with me, is there anything I can do to better support you?’. She then encouraged me to write a blog for the intranet to educate people about ASD and I jumped at the opportunity. Again, I expected to be met with judgement and awkward silences. Instead, I was bombarded with love and acceptance.

A year and a half later and I’m still working at Alzheimer’s Research UK. They allowed me to work four days a week instead of five so that I don’t get too tired every week. The most wonderful thing is that my Asperger’s isn’t seen as a hindrance by my colleagues, but part of what makes me who I am. The people I work with appreciate my unique point of view and know they can come back to me for honest and measured feedback. I still find a lot of things difficult and draining, but I feel so supported in everything I do. And the crazy thing? In my last progress review, my team said that my top two skills were empathy and content writing, the two things I’ve struggled with for most of my life! Who’d have thought?

In my free time, I make crafts and sell them in my Etsy shop. In pre-COVID times, I would often have a stand at my local Christmas Market, and I’m now part of a community of makers. I’m still learning Japanese at my own pace and I am absolutely loving it. Most importantly, I have a wonderful group of friends who love me for who I am.

So what advice would I give to my unhappy and confused teenage self? 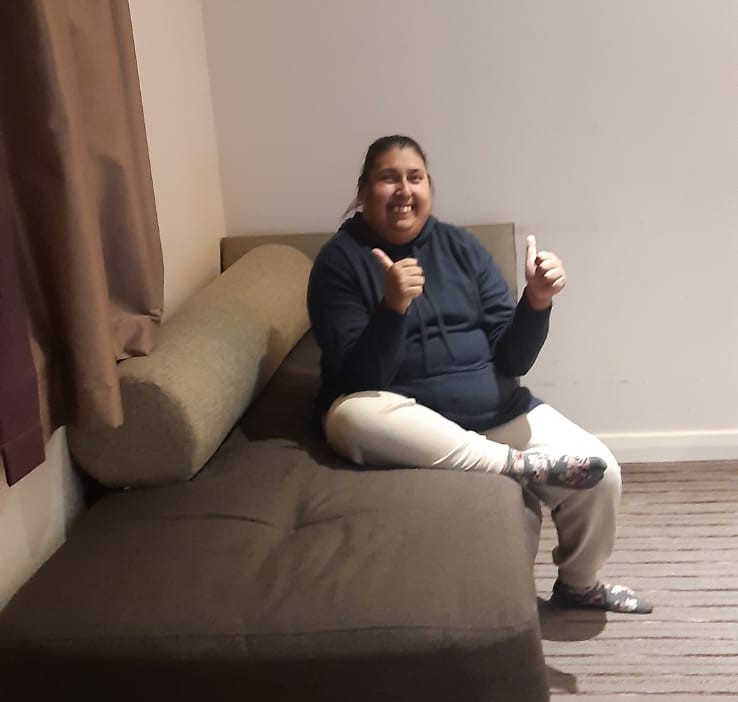 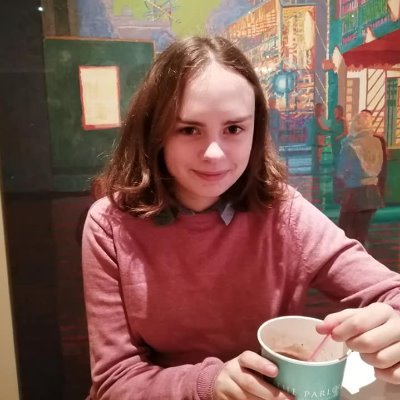 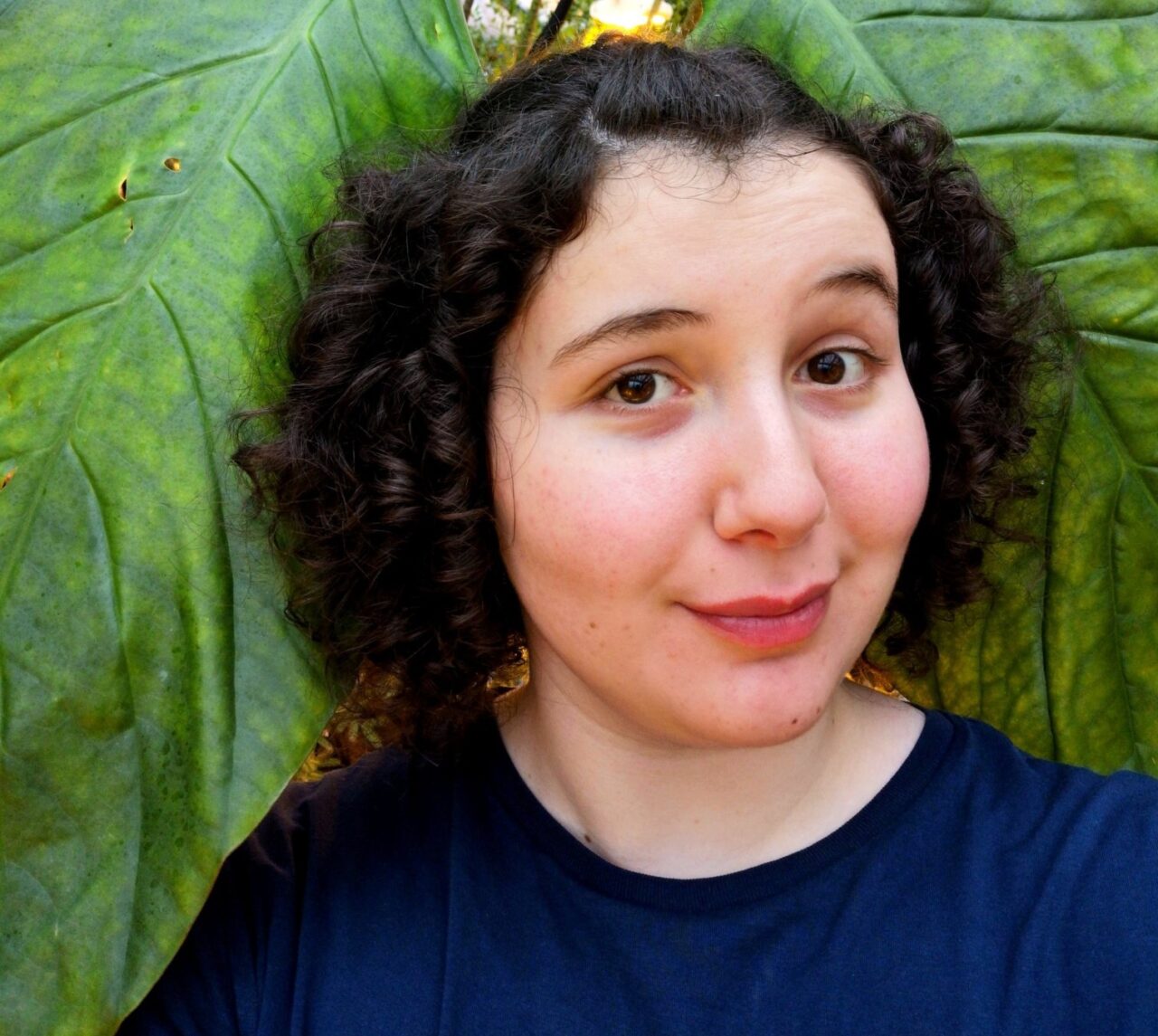 Things I do daily that help reduce my anxiety