How having a disabled child has affected my marriage

Having kids can put a strain on most relationships but when you have a disabled child or children, that strain can sometimes feel greater.
This week, My Family, Our Needs is getting real about relationships. We’ll be hearing from parents themselves, as well as offering advice from a relationship mentor later in the week. So stay tuned.

Today, we hear from a blogger who has asked that her and her family remain anonymous so all names have been changed. She got in touch to tell us how having a disabled child has really affected her marriage.

Dave and I have been together for over 20 years; married for over 10 and have two children, Freddie who is 8 and Emily who is 6.

Emily has an undiagnosed genetic condition. This largely presents itself as global developmental delays, learning difficulties, she is non-verbal and has seizures.

Back to the beginning

When Emily was born her consultant had some minor concerns. However, it wasn’t until she was a year old that she started having seizures and it became clear that she wasn’t developing as expected. This is when countless hospital appointments, hospital stays, therapy appointment and assessments began.

No-one could tell us what was wrong, why it was happening and it was hard not to think the worst. Did they know something they weren’t telling us? Were they not being thorough enough? The uncertainty was hard and brought a lot of stress and anxiety. I cried a lot, I was grieving for what I had lost and really worried about the future. Will she walk, will she talk, would she die?

The next 3 years were very lonely and I felt no-one understood what we were going through. Our family and friends tried to do and say the right things, but it didn’t help. I felt my husband didn’t even understand why I was feeling like this. We were trying to support each other but also trying to keep it together ourselves and dealing with it all in very different ways. He appeared to be coping so much better than I was. I felt guilty for wallowing in it all so much and my husband also commented at times when we argued that it wasn’t all about me, it was about our daughter.

In trying to diagnose Emily myself I often came back to thinking it must have been my fault, something I had done before or during pregnancy. I wanted to talk and talk, particularly late at night but Dave didn’t. We argued a lot about this too. It made me feel even more alone. He never once thought it was my fault or his fault, but he did have different worries. One of his main worries was that Emily would need brain surgery, he didn’t share this with me for years as he didn’t want to burden me with additional stress.

Emily’s seizures were very scary, and I was in a constant state of high alert, stress and anxiety. We would take it in turns to sleep with our daughter and the other one would either be with our son or trying to get a good night’s sleep. This means we haven’t shared in a bed in a number of years which isn’t what either of us want. It worries me that this alone might harm our relationship. We are still in the baby/toddler phase with Emily and we may continue to be in it for years. This lack of sleep and the fact that we have a child needing constant care and attention puts a huge strain on our relationship.

Dave has a stressful job working long hours which is difficult as we have no family nearby. He would find work a relief because he was able to focus on something else and have a ‘break’. He often said he was able to compartmentalise the different areas of his life whereas I found the worry all-consuming the majority of the time. I could hear the panic in his voice when I called him at work and I quickly had to reassure him as was well at home.

All this uncertainty, worry, anxiety, guilt and grief was intense for a good three years. This, together with the day to day challenges we faced, has had a huge impact on us as a family. It’s definitely had an impact on Freddie, both positive and negative. It’s affected my own relationships with my friends and family and sadly some friendships haven’t survived as they haven’t understood the stress we’ve been under. At times my physical health has suffered due to stress but thankfully Dave really supports me in doing things by myself that help me to destress and I do the same for him. This is so important.

Finding SWAN UK when Emily was 3 years old was such a relief too, finally we both didn’t feel so alone. Other families were going through similar things, other parents felt exactly the same as me, they understood. My husband has also connected with other dads and he has found this a great help too.

Working as a team

We both have our strengths in dealing with all of this. Dave is better than me at surviving on little sleep so does more than his fair share of care during the night. He is also very good when we need to have a difficult meeting or phone call about Emily. He deals with it politely and firmly. He has an extremely positive outlook which really helps when things aren’t going well. When I am at my most worried and stressed, he can be very reassuring. I am so grateful that we had been together for over 10 years before the children arrived. This provided such a solid foundation to help us through the really dark times. We love each other and the children so very much. We make sure we spend some time alone together, we talk about how we are feeling and we laugh a lot as a couple and a family too. We have a much deeper understanding of each other now, we have similar morals, outlook on life and priorities. Thankfully we also largely agree on our daughters care and education and we work really well as team when it comes to this. I think this is really important too. Actually, nowadays we argue the most about how to discipline our eldest son, oh and directions when driving, so we’re pretty much like a normal couple there then!

Make sure you check back on Thursday when we’ll be hearing from Aimee, a relationship mentor and Parent Representative for SWAN UK. She will be sharing her own story as Mum to a disabled child and offering her advice for keeping your relationship strong. 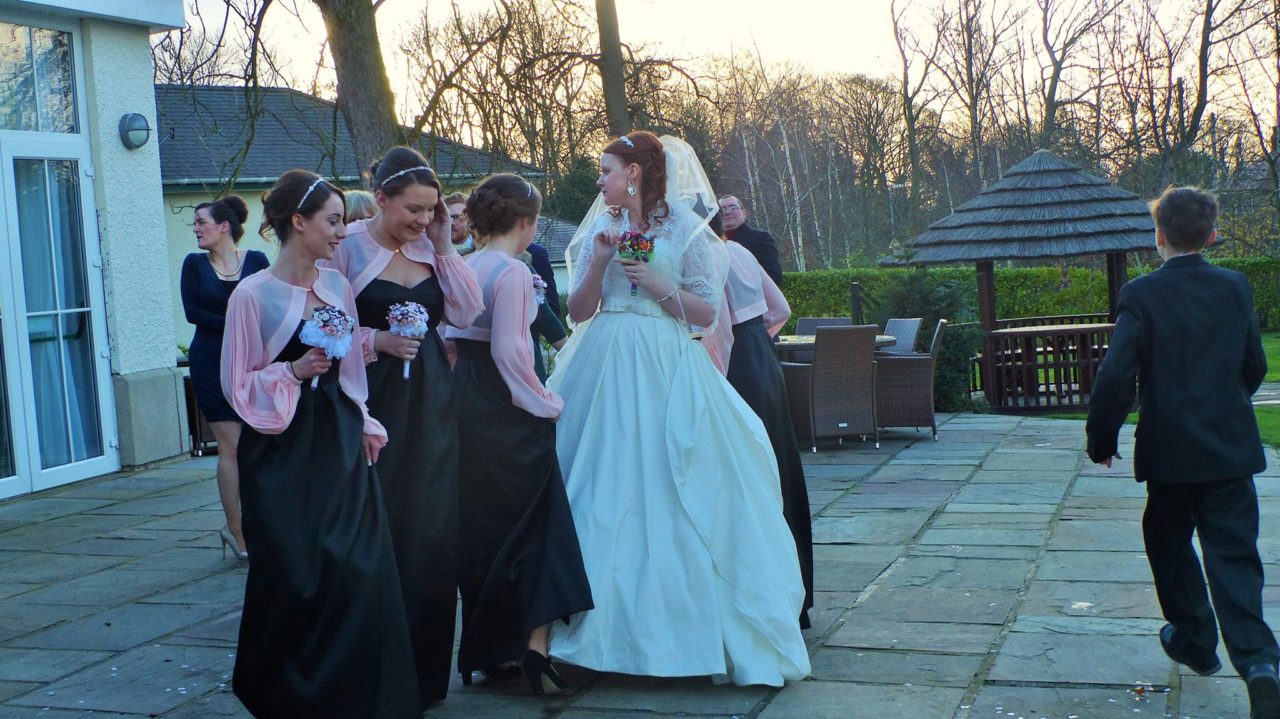