Today is Rare Disease Day and events are taking place up and down the country to raise awareness of the impact of rare diseases. Here, Aimee Mann tells us what Rare Disease Day means to her and her son Freddie.

A disease or disorder is defined as being rare in Europe when it affects fewer than 1 in 2,000 people and in America when it affects fewer than 200,000. In the EU, as many as 30 million people may be affected by one of over 6000 rare diseases. (www.rarediseaseday.org). My son, Freddie, is one of those 30 million. His rare disease diagnosis is TUBA 1A and the current stats for this show that his diagnosis is less than 1 in 1 million. Freddie is super rare.

Rare Disease day is an incredibly important day to my family and to families like mine. It’s main goal is to raise awareness amongst the general public and decision makers about rare diseases and the impact they have on people’s lives. It is a global initiative to call on policy makers, healthcare professionals and care services to action better coordinated care for those in the rare disease community. 2019 is the twelfth international Rare Disease Day coordinated by Eurodis. Having a rare disease can make it very difficult to explain why you or your child has the difficulties they have. You have no prognosis and can be regularly caught unawares with new symptoms. Sometimes due to the lack of diagnosis, parents struggle to get professionals to listen and often their concerns are disbelieved, which is a huge challenge and adds to the stress factor. Freddie had no diagnosis to explain his disability, from my 20-week scan up until he was around four years old. I feel that we were lucky to find an answer through a genetic study. Not everyone finds an answer!

A ‘dis-ease’ of the body

I always found it difficult to say the word ‘disease’. It sounded so Victorian and made me think of illnesses like the Bubonic plague or Cholera. In actual fact, whilst attending some training with SWAN UK, a representative from Genetic Alliance suggested we think about it as more of a ‘dis – ease’ of the body. When you look at the dictionary definition it talks about a disorder of structure or function, which makes total sense.

Due to Freddie’s diagnosis, TUBA 1A, his brain does have a disorder of structure which results in how his additional needs present.

2. a disorder of structure
3. or function in a human, animal, or plant, especially one that produces specific symptoms or that affects a specific location and is not simply a direct result of physical injury.

Being told your child might not walk or talk

The thing with being ‘rare’ is that often, not much is known about your condition or how to treat it. The symptoms can be treated though, which is how we manage the situation for Freddie. However, if there is little understanding from your medical team, even this can be challenging at times.

There is no known cure for Freddie’s diagnosis TUBA 1A. The gene mutation is De Novo (occuring in him for the first time/non-hereditary) and caused his brain to not develop typically. He also has low muscle tone, bowel issues, communication challenges, developmental verbal dyspraxia/apraxia, suspected absence seizures and a severe learning disability. He receives input and therapy for almost every aspect of his development.

Pre-diagnosis, the Neurology team could give indicators about how and in which areas he might be affected by looking at the areas of damage to his brain strructure. I remember him having an MRI at 14 months old. In the end, we paid to see the Neurologist privately to give us an hour to talk through what the scan showed. 10 minutes was never going to be enough, we had so many questions about each point on that MRI. Only time would truly tell though and at that time in Freddie’s life, we didn’t have a diagnosis for him so we were very much focussed on the mindset that his potential had no limits. We were advised it was likely that he might not talk or walk. I took that as a personal mission to give it everything we had, blood sweat and tears, to give him the best possible chance of achieving his potential.

One of the most frightening things for me was and still is, having no prognosis. Before Freddie’s diagnosis I always had in the back of my mind that whatever was causing his special needs might also take his life. Now we have this diagnosis of TUBA 1A, I still quietly hold this fear deep down. I don’t think about it every day, but it is there. That element of surprise which could pull the rug from under our feet. When we received the diagnosis from the Genetics team, there were seven other children on there. The oldest was eight years old and one was deceased. I don’t know the reason for their death or any other details about any of those children but the limited details on that page, in black and white, stays in my minds eye.

There are only a very small number of children also with this same diagnosis, whose parents I have been able to make contact with via a Facebook group, TUBa1a families. However, many appear to also have other diagnoses which can make it difficult to build a picture around what someone with TUBA 1 A looks like in infancy, childhood, teens and adulthood. I have only come across one family where the father and three of his children have this diagnosis but they all present so differently and I don’t know if the same type of mutation happened for each of them.

Focusing on the future

I choose to focus on progression for Freddie. I know I hold those life limiting fears deep down, especially when something new presents itself which makes me question it, but my outlook and mindset is one that anything is possible. Freddie can now walk and talk. Not with the same ability as that of a typically developing seven-year-old and he has a severe learning disability but he can walk and talk and he is progressing each day and we love him.

Having the support of the Rare Disease Community is priceless. When you have no diagnosis or an extremely rare one, life can be very challenging and made even more so by the isolation that comes with it. You don’t belong to a big group of people. You can’t tick a box when applying for DLA or other support services. The Rare Disease Community brings you closer together, it gives you a place to belong.

Aimee is CEO is My Special Needs Family, a closed group on Facebook and you can also find her on Twitter @AimeeMannMentor 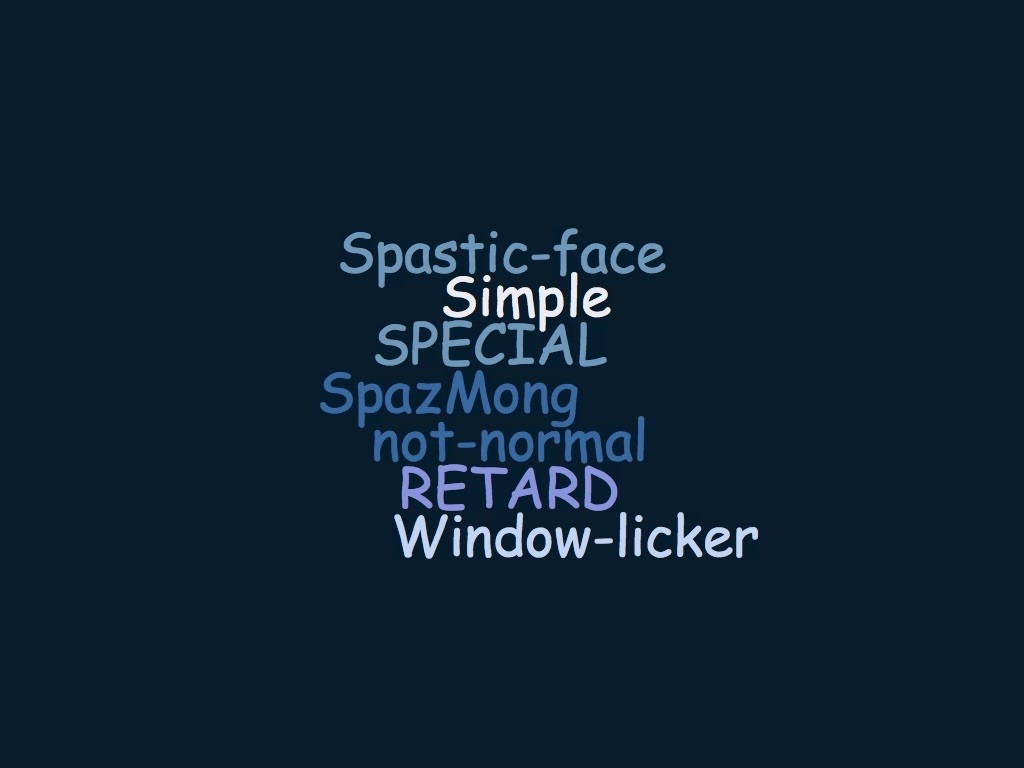 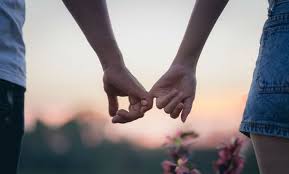 How can you keep your relationship strong? 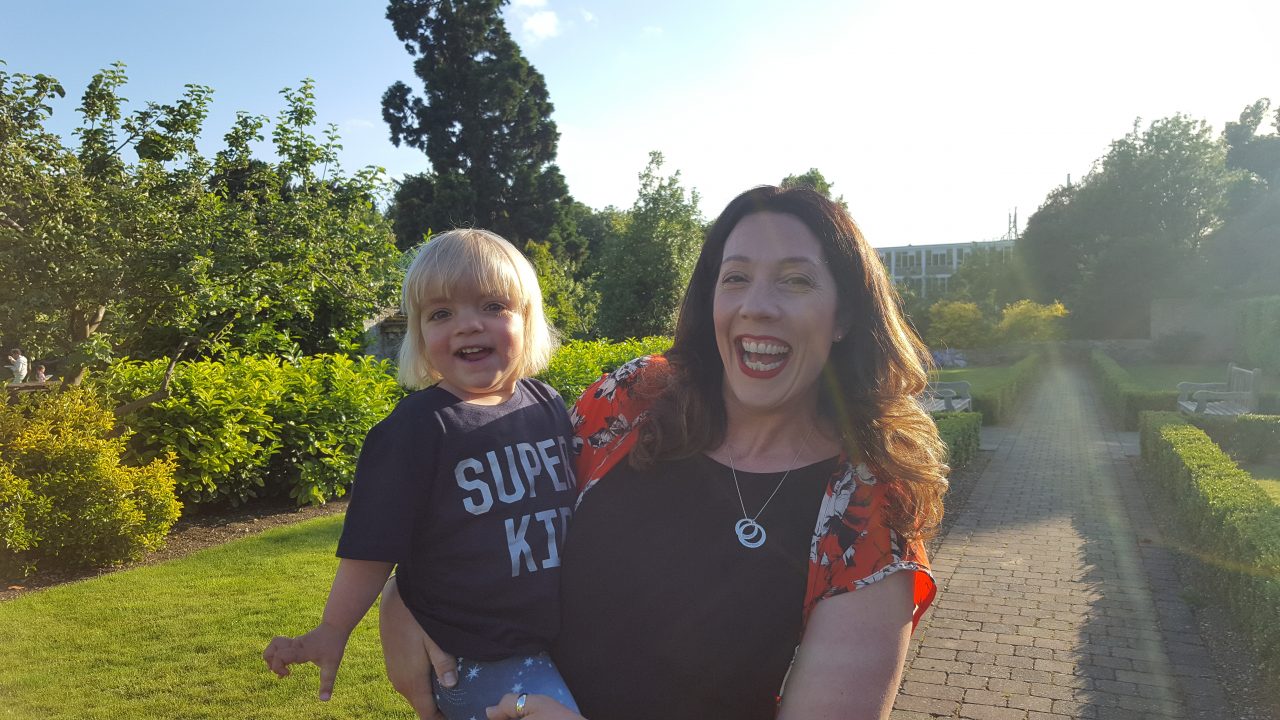 My child has a chromosome disorder 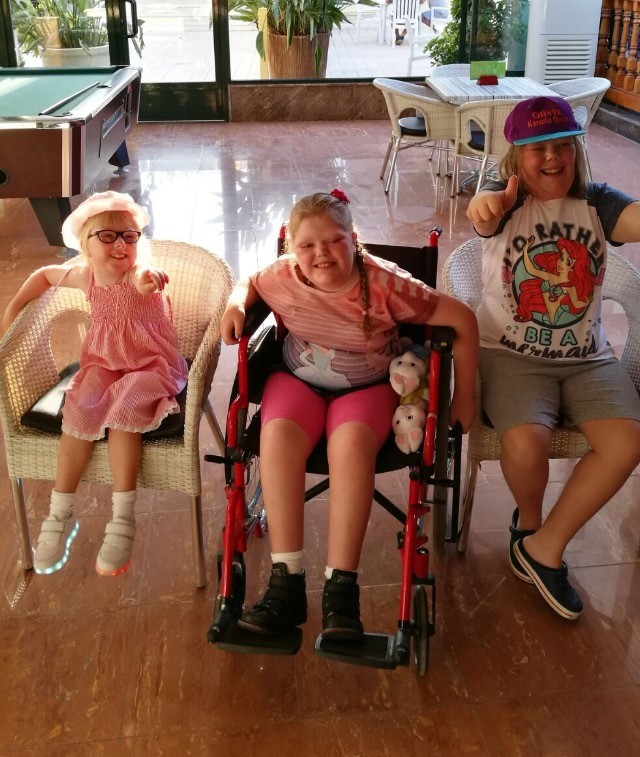 My Family Our Needs@weareMFON·
33m

Our first webinar for the #TransitionEvent online has just begun.

My Family Our Needs@weareMFON·
2h

Huge thanks to Shaun Fitzgerald @deafmindsedu, for sharing his story about the challenges he faced as a #Deaf learner in mainstream school. #DeafAwarenessWeek #StrongerTogether https://www.myfamilyourneeds.co.uk/support-child/my-story-part-one-shaun-fitzgerald-co-founder-of-deaf-minds-education/

My Family Our Needs@weareMFON·
3h

Join us and @RukhsanaKoser, today at 11am for a LIVE session on #EHCPs, #SEN support and #SENDTribunal appeals.