When a Deaf child enters mainstream school, they can feel isolated, lonely, anxious and depressed. Here, Shaun Fitzgerald, Co Founder of Deaf Minds Education, shares his experience growing up as a Deaf learner.

As part of Deaf Awareness Week, from 4th to 9th May, Shaun Fitzgerald, Co-Founder of Deaf Minds Education, recounts his challenging and often lonely journey through the education system and the inspiring day he chose to change his outlook on life.

Back in 1989, all sorts of events were taking place, some more monumental than others.

The Berlin Wall came down. The nation was trying to guess ‘Who Framed Roger Rabbit’. Phil Collins was topping the charts with ‘Two Hearts’ (sometimes being Deaf has its advantages!). I was lucky, being deaf, to not hear bands like the Sex Pistols and others. As a Deaf person watching them on TV, I couldn’t understand why they were screaming and jumping up and down. But, more important than all of that for me, it was the year I was diagnosed as profoundly Deaf.

Initially, my mother thought everything was fine. When I was aged two, my mother became concerned as she was constantly seeing me being aggressive. I was throwing things all the time and being angry. My anger was extreme and, years later, my mum told me that I had incredible strength and was strong enough to tip the table over. She used to think I was a ‘mini’ Superman. She decided to take me to the GP for a check-up, who then referred me to the audiologist. After all the tests were completed, they told my mother that I was profoundly deaf and wouldn’t be able to hear anything. From that day onwards, I have faced barriers every single day of my life.

Those formative years were tough for me. Education was not a happy experience. I went to a mainstream school and I felt isolated. It wasn’t the fault of my school in particular. It was, in my experience, a failure on a national scale by an education system that left Deaf learners like me with insufficient support at every level.

Throughout my education, I had poor access to teachers, support staff and my peers because sign language was not endorsed by the support networks around me. Here was a Deaf child with no communication, who had been raised in a Hearing environment, trying to compete with others for some attention from my teachers. I wanted help to try and understand what was being discussed but that, sadly, never happened.

At that time, I never had the experience of the ‘extra’ information that my hearing peers had access to. For example, we have extra information all around us. We hear conversations, hear news reports and, in general, we soak up information whilst being barely conscious of that process happening. As a Deaf person, all of this ‘extra’ information passes us by. This means, in reality, that we are at a level far behind that of our peers. Therefore, when we ‘step’ onto the first rung of the ‘educational ladder’ as a deaf person, we are at the back of the queue and, when we eventually manage to place our foot on the ladder, the others are several rungs further ahead.

Basic life skills in relation to greetings etc were never explained either. For example, the normal greetings of ‘good morning, good afternoon, hello, goodbye, please and thank you’ were not part of my understanding. This obviously had a negative effect on how I appeared to others as they wouldn’t understand and, instead, labelled me as rude or ignorant or, even worse, ‘lacking social skills’.

These basic skills were not acquired until I started my secondary education. I had to be taught that, when you arrive in the morning, you greet people by saying ‘good morning’. I had to ask what that meant because I had no idea at all. It was explained to me that the hours before 12 noon were linked to the word morning. And that the hours after 12 noon were the afternoon. But I was then told that, when it was 6.00pm or around that time, afternoon changed to evening.

Trying to process all this new information was extremely difficult for me because, as I mentioned earlier, I had never been exposed to language and information as my hearing peers had. To arrive at secondary school aged 11 and not have these basic life skills was embarrassing and made me feel stupid. This did not help my confidence and had a negative effect on my self-esteem. This led to me being a target for bullying. I found a way of coping with this by playing about and trying to appear like a Mr Bean character. This made people laugh and, in turn, this helped to make me feel a little more confident. From behaving like this, I was fortunate to have a few hearing and Deaf peers who became my friends and they supported me as best they could.

Looking back to my years at primary school, and after years of no real bedrock for development and concerns about my educational development and mental wellbeing, a Special Educational Needs Co-ordinator (SENCO) came to visit my school. The SENCO was shocked at the lack of support available to me and immediately moved me to another primary school with a Deaf unit. Moving to this new school meant I had to travel further. The journey took an hour and that was both morning and evening. This meant my school day as a ten-year-old was increased by a further two hours every day. It was tiring for me and it must have been stressful for me at that time, as you don’t tend to understand.

It was here that I was exposed to sign language for the very first time. Initially, I picked up a few words and phrases, along with the inevitable swear words! It always makes me smile when people begin to learn a new language because they all want to know the swear words. It’s the same with sign language. When people learn to sign, they always ask ‘What’s the sign for this swear word and that swear word …’.

I spent the rest of my time at primary school learning to communicate using sign language and the huge difference it could make to my life and overall happiness. I managed to pick up a few words and phrases.

When I started at secondary school, my exposure to sign language grew because there was a Partial Hearing Unit (PHU) on site. A PHU was there to provide extra help with the curriculum and there were five or six deaf boys and girls who were based there. A member of staff taught me more sign language, as did my peers too. A while later I became more proficient and confident when communicating in sign language. This helped me to begin to understand better what was being taught. By the age of 12, I had enough language to finally learn core subjects like English, maths and science.

Looking back to before I attended any educational setting, I can vividly remember as a toddler being given my first hearing aids. From that day forward, I was guided to concentrate on my listening and speech skills. Pretty difficult when you’re Deaf, as you can imagine. My primary school years were effectively wasted.

Sadly, my story is not unique. You’ll hear the same account from hundreds, if not thousands, of people like me. My story is testament to the fact that, when a Deaf child enters mainstream school, they can feel isolated, lonely, anxious and depressed. That’s not an anecdotal statement or a flippant soundbite. It’s something that has affected me directly in a very real way.

I remember when I was around 19 years old, I lost a good friend who passed away through illness. This had a profound effect on me and left me in a bad place.

From the age of about 22 to 23, I had suicidal thoughts which, fortunately, I never tried to act out. I had lost my friend, things at that time were not going well and I felt mentally tortured. One day I woke up and decided that, if I continued to think like I had been doing, then things would only get worse. That was the time I decided to take matters into my own hands and, without the help of counselling, I decided to change my outlook on life, be more positive and try to learn to control negative and bad feelings.

Since then, and looking back, my life now has improved greatly. I am lucky to have a good job, I have set up my own business and, even with COVID-19 hanging over the entire world, I feel in a good place. During lockdown, I decided to remain focused. I achieved this by keeping fit both indoors and out. I do regular exercise including running, walking and press-ups. This has ensured I have kept a healthy mind throughout. Sadly, a lot of deaf people have been unable to do this and have become isolated.

So why am I telling you all of this?

It is because 4th-9th May 2021 is Deaf Awareness Week, which is an annual event.

It also Mental Health Awareness week soon. In part two of my article, I will look at how deaf children can be affected by mental health problems and the negative effect it can have on a person. 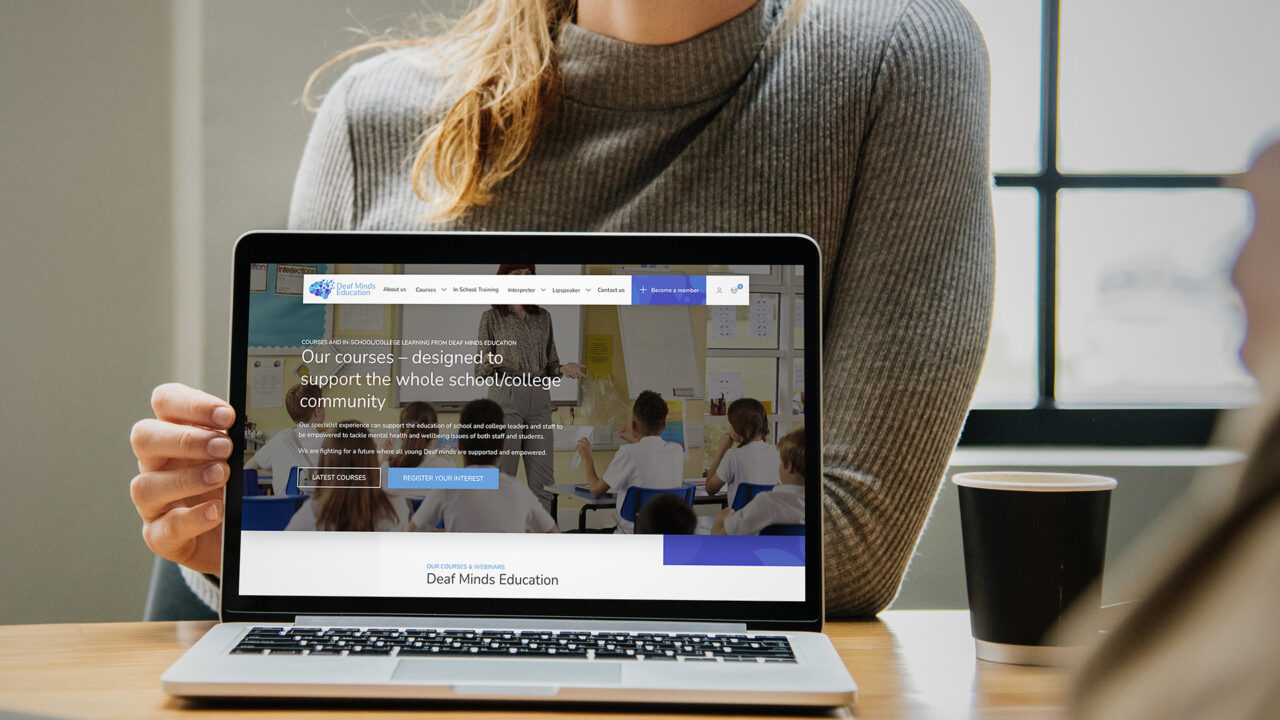