If you and your family are feeling inspired by the Paralympic Games, here are a few ideas of sports you may not normally consider and organisations to help your child get into sport.

The last year has seen the top personalities in sport pushing campaigns to every corner of society as a way of getting as many people into sport as possible. You may know the This Girl Can campaign, which is a nationwide initiative to get women and girls active, regardless of shape, size and ability. According to Sport England, who ran the campaign, they also know that only one in six disabled people play sport regularly, compared to one in three non-disabled people. You can watch a video of some of the projects which have received funding through Sport England disability programmes on their website here

You may not be competing for medals straight away, but sport is a great way to build your confidence, meet new people, learn new skills and, most importantly, have some fun.

The Stelios Entrepreneur Award, which has just been launched for 2016, saw 2015’s prize of £50,000 go to a leading disabled yachtsman and his business, WetWheels. Geoff Holt was paralysed in a swimming accident in 1984 and now uses a wheelchair. In 1995, he became Chairman of the national sailing charity, RYA Sailability and, in 2007, became the first paralysed person to sail single-handed around Great Britain. WetWheels operates fully-accessible boats to provide boating opportunities for people of all ages and abilities. Based in Jersey, Wetwheels is a purpose-built catamaran that allows everyone, including those with a physical disability or learning difficulty, to experience the thrill of being at sea whilst being in a safe and comfortable vessel.

Run by a number of volunteer skippers and qualified boatmen, each member of staff has undergone disability awareness training to make sure that every passenger’s trip is safe, fun and educational.

On being presented with his award, Geoff Holt said, ‘Over the years I have witnessed thousands of disabled people of all ages enjoy our boats and services. It doesn’t matter if that is on a sail boat or a motor boat, it is being on the water that makes the difference.’

If a voyage sounds more up your street, then The Rona Sailing Project offers the experience of offshore adventure and a taste of teamwork for young people aged 14 to 25. The yachts sail along the South Coast of England and across to France and the Channel Islands on six-day voyages, stopping at ports along the way. The idea behind the project is all-out adventure; whether it’s steering a large yacht under full sail or preparing a meal for 20 of your crew-mates. It also hopes to create a sense of achievement amongst young people and build self-confidence through leadership and teamwork. There is a fee to pay but you can bring one friend along for the ride.

Not necessarily something you would think was accessible at first glance, motorsport is actually proving increasingly popular with people of all abilities. One group who are leading the way in the field is Team BRIT (British Racing Injured Troops) whose aim is to inspire people with disabilities, Post-Traumatic Stress Disorder and mental health conditions by demonstrating what can be achieved through motorsport. They also want to give those who feel they can step up to a higher level of racing, the opportunity to do so, regardless of injuries or ability. They want people to compete on an equal basis against teams of drivers without disabilities. Their vision for the future is to make racing history and take a team of injured troops to the world famous Le Mans 24-hour endurance race.

The project is intended to be a very British one; a British racing car, British engineering, British injured troops fuelled by determination and spirit.

Visit www.teambrit.co.uk for more information or find them on Twitter here

The Down’s Syndrome Association is a charity which has a website containing lots of information about health, activities and sport. It also runs something called the DSActive programme. This is the only bespoke football and tennis initiative for people with Down’s Syndrome in the UK. Created in 2006, it has grown from one recreational football session to 40 football and tennis teams training on a weekly basis across England and Wales.

Lifetime membership is free for all adults over 18 with Down’s Syndrome, for more information visit www.downs-syndrome.org.uk

Where to go for more information

There are lots more sports that we haven’t, more can be found on the Deloitte Parasport website

Created by the British Paralympic Association (BPA) who recognised that more could be done to provide information to disabled people who wanted to take up a sport, either at a recreational or competitive level. The BPA and Deloitte also aim to encourage a more active disability sport community.

Managed by the English Federation of Disability Sports (EFDS), this initiative has been working for a number of years to make gyms, as well as their supporting facilities, more accessible as a whole. It aims to do this by addressing physical access and policies, fitness equipment, staff training and marketing.

In addition to this, the Inclusive Fitness Initiative influence over fitness equipment suppliers means that a lot of gyms now have a selection of accessible equipment featuring things like tactile, bright coloured controls and moveable seats for wheelchair access.

Formed in 1993, this registered charity now counts Ellie Simmonds OBE and Matt Whorwood, both British Paralympian swimmers and gold medal winners, as patrons. Every four years, the World Dwarf Games is hosted by different countries and the Dwarf Sports Association has had four of its members compete in the 2012 Paralympics in London, which saw the largest number of dwarf athletes ever competing at a Paralympic Games. To become part of the Dwarf Sports Association, you can complete an application form, which are available to either individuals or families/groups. Visit here for more information

A unique sports disability charity, SportsAble is dedicated to the promotion of awareness of disability through sport and recreational activity and the integration of disabled and able-bodied people. Within a year of setting up, SportsAble had its athletes entered into the 1976 Paralympic Games and every year since then, members have had successes at regional, national and Paralympic competitions. Filling a gap, which had existed for a long time, SportsAble offers membership for individuals and families. One of the most important elements of SportsAble is having fun, through playing sport itself, associated fundraising events such as the Annual Wheelchair Push and social activities such as quiz nights and open mic nights.

This article was originally published in Progress magazine in January 2016 and has been adapted for My Family, Our Needs. 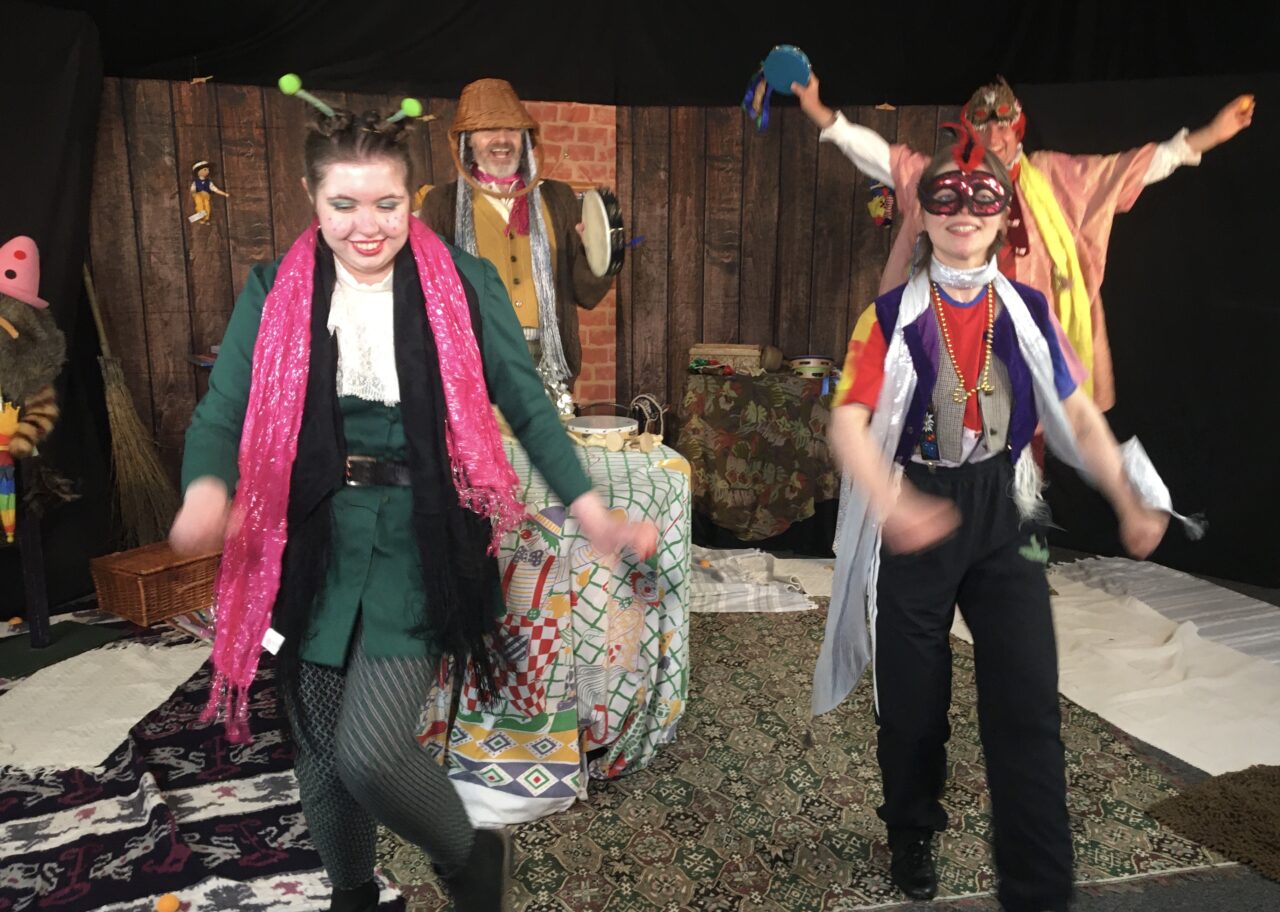 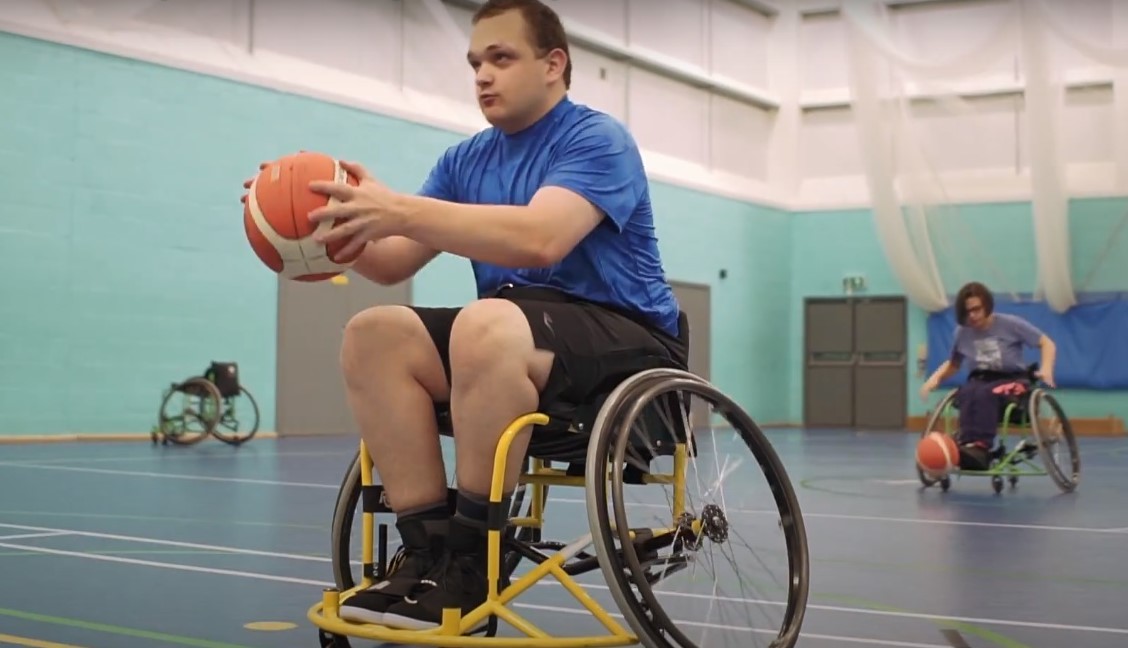 QAC shoot for the stars with new Wheelchair Basketball programme

In conjunction with #disabilityhistorymonth, we’re excited to present: Craft n' Chat: About ADHD! 🧶🧵

It'll be a safe space where we get creative with festive arts and crafts, play games, and join as a community to discuss our experiences with ADHD at university.

#DisabilityHistoryMonth if you missed it first time around you still have a month to watch Silenced !