With nominations for the BAPS Awards opening on Friday, we wanted to showcase one of this year’s winners. Tina Medlock blogs over at Joseph and His Amazing Spectrum Coat and was our BAPS Newcomer Award Winner.

I started my official blogging journey in January 2016, not knowing a great deal about blogging and the associated shizzle that goes with it. I’m still not much further forward with this in all honesty and jargon such as SEOs and Linkys still puzzle the shit out of me. All I knew at that point was I needed a way to get thoughts, experiences and emotions out of my head and into some public platform.

I had a few pieces of diary entries that I had compiled in the months after my son (Joseph) was diagnosed with autism (November 2011).

At the time that I wrote those, my emotions were up and down and could only be likened to a reading from a heart monitor. I felt the need to release my thoughts privately, but I found it emotionally draining and I questioned whether it was helping me or making me worse and so I stopped. It was some time later that I had the courage to show these to a couple of people who encouraged me to do something with it. What that something was, I wasn’t sure, but they told me they found it incredibly raw and moving. 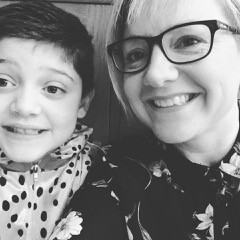 After another couple of years passed, I decided to dip my toes in the water and wrote a small piece about when Joseph was diagnosed with autism, entitled ‘In The Beginning’. I initially shared the post via my personal Facebook page, but I was astounded by the reaction to it. I’d never discussed Joseph’s autism in such a public way and here I was laying my soul bare to anyone who chose to read it.

I couldn’t stop after that, but having no masterplan about timings, social media etc, I published posts whenever I needed to get something off my chest and as it turned out, it was quite frequently. With no plan or style in mind, I just tried to be me. I love it when people who know me say that they can hear my voice (annoying for them maybe) when reading the post and I hope my personality comes across to people I don’t know too.

Being nominated, shortlisted and then winning the Newcomer Award was absolutely unbelievable given the fact there were so many great blogs in my category, admittedly they don’t swear as much, but great nonetheless!

For someone who does this in conjunction with a busy full-time job within the NHS, I never expected to love writing as much as I do and to receive recognition for it feels bloody amazing! 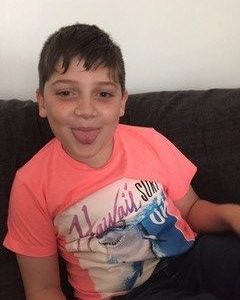 What’s even more wonderful is that, my initial thoughts of getting something down on paper to help myself has turned into me helping other people through our experiences. I have never professed to know everything about autism or believe everything I do as a parent is right. Ok well, the latter is a lie because I’m always right haha! I’ve tried to share our highs and lows and show people that there is more to autism than the bits that most people already know about.

Joseph not only has autism, he is a 9-year-old boy and I try to bear that in mind when parenting him. It’s hard to know which parts of our lives is him finding something difficult because of the autism or because he is pushing the boundaries like any child of his age. I often joke about us getting on each other’s tits, which is entirely true. Given the fact he has inherited genes from my ex-husband and me, it was inevitable; his autism is secondary to that.

Blogging into the future

I have no idea how long I will continue to write for; it’s already lasted longer than I envisaged but even if I had nobody reading, I would probably continue as it’s given me so much more than I ever anticipated.

If you like honesty, a sprinkling of humour and a cup full of swearing, then come and read my blog. I’m already hopeful that next time they consider a category for most amount of swear words in one post, if they do I have that one in the bag.

Nominations open on 5th October for the BAPS Awards 2018. Don’t forget to swing by and read Tina’s Blog @ Joseph and his Amazing Spectrum Coat. She’s also on Twitter and Facebook.