This week sees the Rio 2016 Games TeamGB and ParalympicsGB athletes celebrated with public parades. The first one is taking place in Manchester today, October 17th, the second will be tomorrow, in London. The festivities will celebrate the achievements of all the athletes involved in winning 147 medals and securing ParalympicsGB’s second place in the medal table. Hurrah! That’s not forgetting TeamGB’s amazing total of 67 medals, beating its record of 65 in the London 2012 Games.

The buzz surrounding the Paralympics was amazing, but what was it really like being there?

Charlotte Birch was part of the Channel 4 Rio Production Trainee Scheme. It placed 24 disabled candidates with different production companies in Rio, to train in a variety of TV roles behind the scenes. Candidates were then able to travel to Rio to cover the Paralympics. 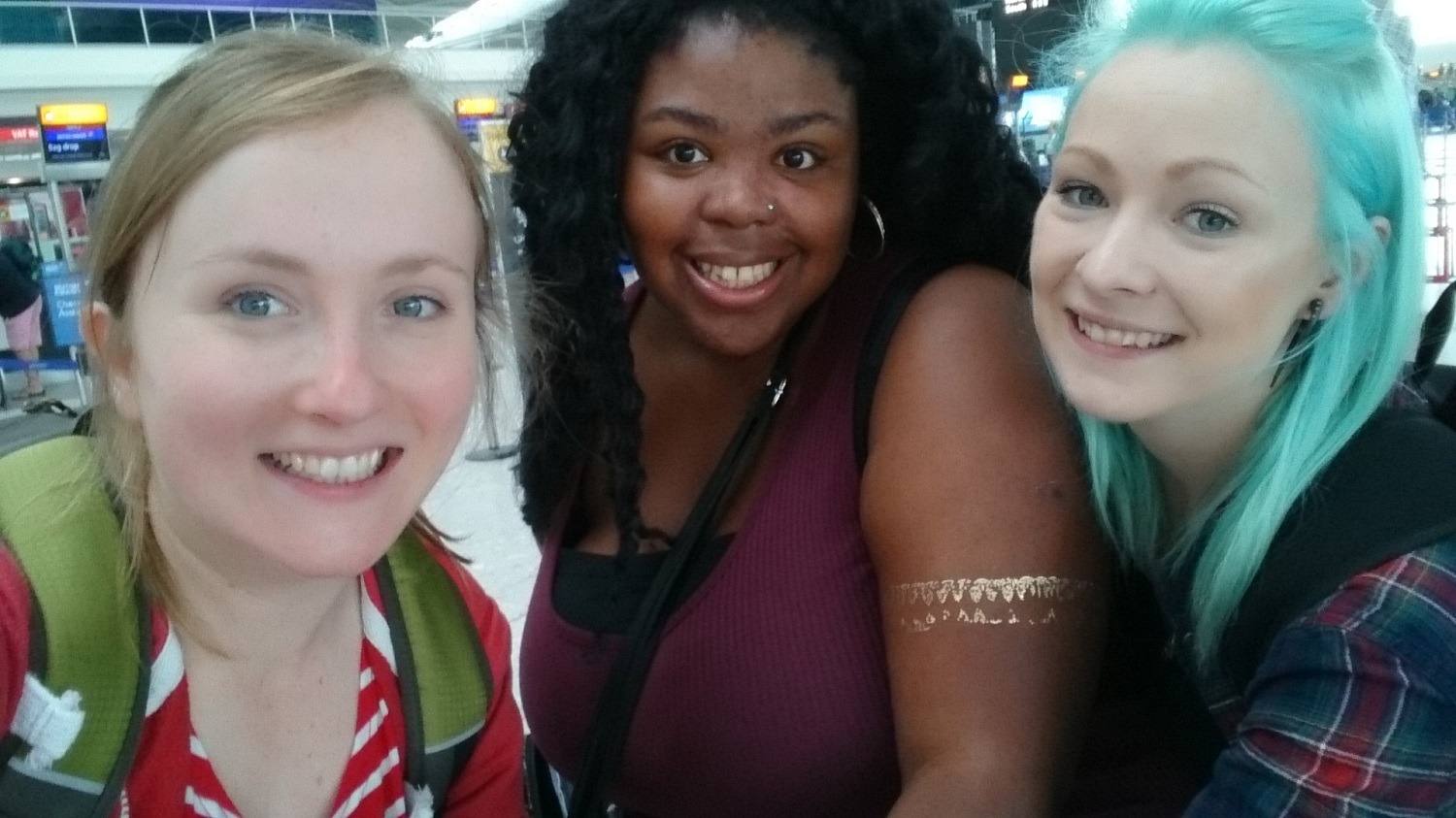 It was 6am on Friday the 2nd September. I was more excited than a child at Christmas, bouncing from wall to wall, trying to be as quiet as possible so as not to awake the rest of the sleeping house.  I failed dismally. All because in 6 hours’ time I would be boarding a plane to Rio De Janeiro to work with Sunset+Vine as a production co-ordinator, during their coverage of the Paralympic Games for Channel 4. Excited was an understatement.

It’s very difficult to put the experience into words. Incredible, amazing, life-changing all immediately spring to mind, but it doesn’t feel like those words do it justice. Here, however, I’m going to try and convey my thoughts on the experience for My Family, Our Needs.

There is no doubt I spent 19 days in a Paralympic bubble of joy – eating, sleeping and breathing Paralympics! Rio is an incredible city. It’s welcoming, beautiful and lively all rolled into one. I was based in the Olympic Park and to be able to walk outside. To see mountains against (normally) clear blue skies was a sight that never got old.

Not forgetting the work

I was working on the Afternoon Show with Sophie Morgan and JJ Chalmers, which was broadcast 4pm -7pm UK time. The team I was working with were the loveliest of people and made the experience the best it could be. It was fascinating to work on a live broadcast and appreciate just how many split second decisions are constantly being made – everything can change in the blink of an eye. 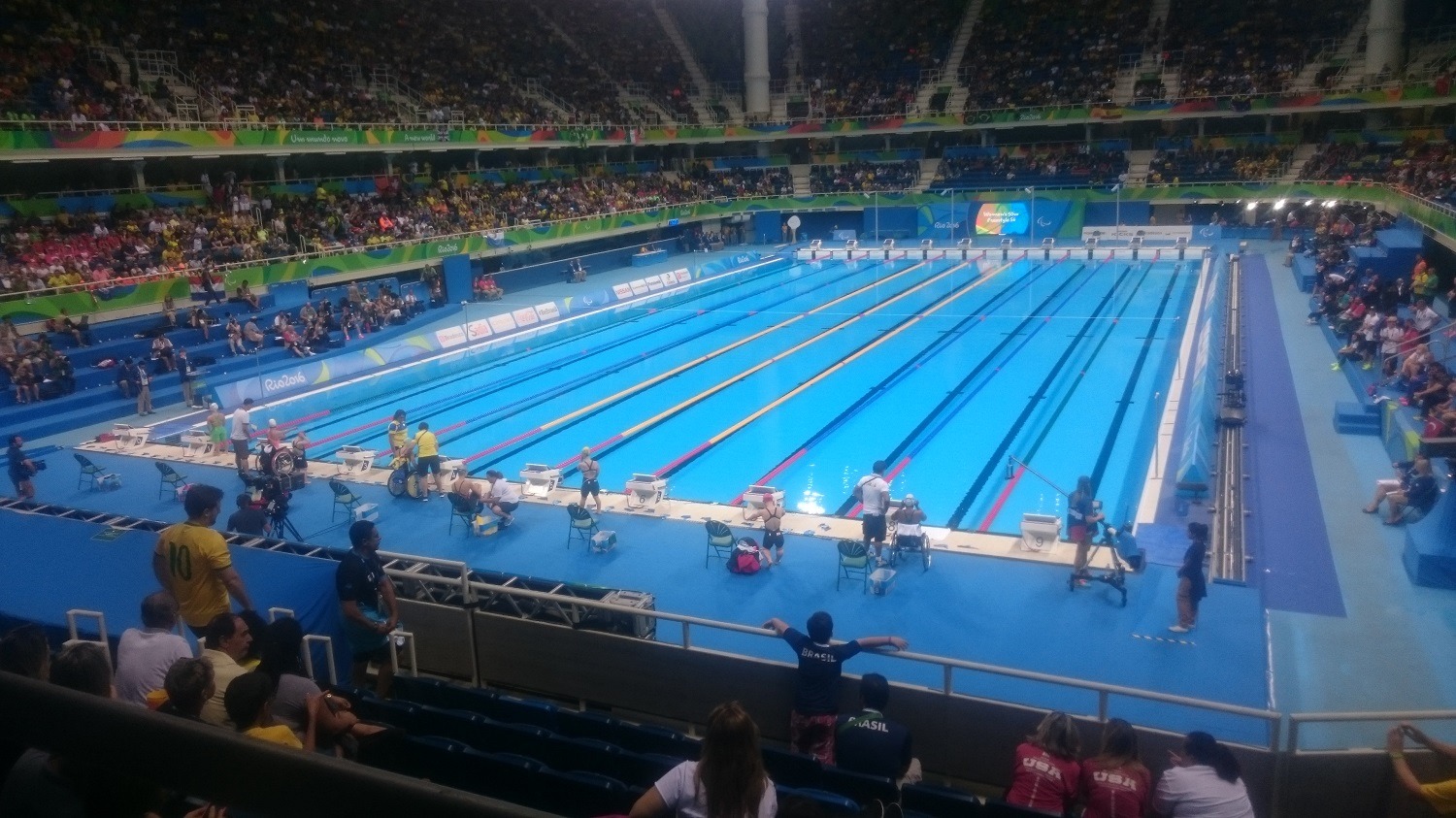 I was very fortunate that in the evenings I had time to go and watch some Paralympic sport. Despite the reports leading up to Paralympics, the crowd support was absolutely electric. Every night, the Olympic Park was swarming with excited fans from all over world, clearly soaking up such a wonderful environment. And what a turn out – the Paralympics outsold the Olympics by 10,000 tickets!

I tried to take in as many different sports as possible, everything from swimming to tennis to boccia. Particular highlights for me were anything in the Velodrome – the arena has a definite ‘wow factor’ when you first enter. Unfortunately, because I couldn’t quite work out how to enter the building, I missed a lot of the races, but I eventually arrived in time to see Sarah Storey receive a Gold medal, which was a very special moment.  Also for me, I loved watching GB vs. Brazil in the wheelchair basketball. I saw both the men’s and women’s games and the crowds went wild! In fact, anything or anyone versus Brazil was phenomenal to watch.

Every day it was fantastic to wake up and watch as Team GB broke more and more records, won more and more medals and undoubtedly captured the hearts of the nation. I have 3 particular highlights though:

Sports aside, I feel I should also detail disability transport and access around Rio. In most places, there were ramps or provisions put in place for wheelchair access and everybody we encountered was always very keen to help us in any way possible. 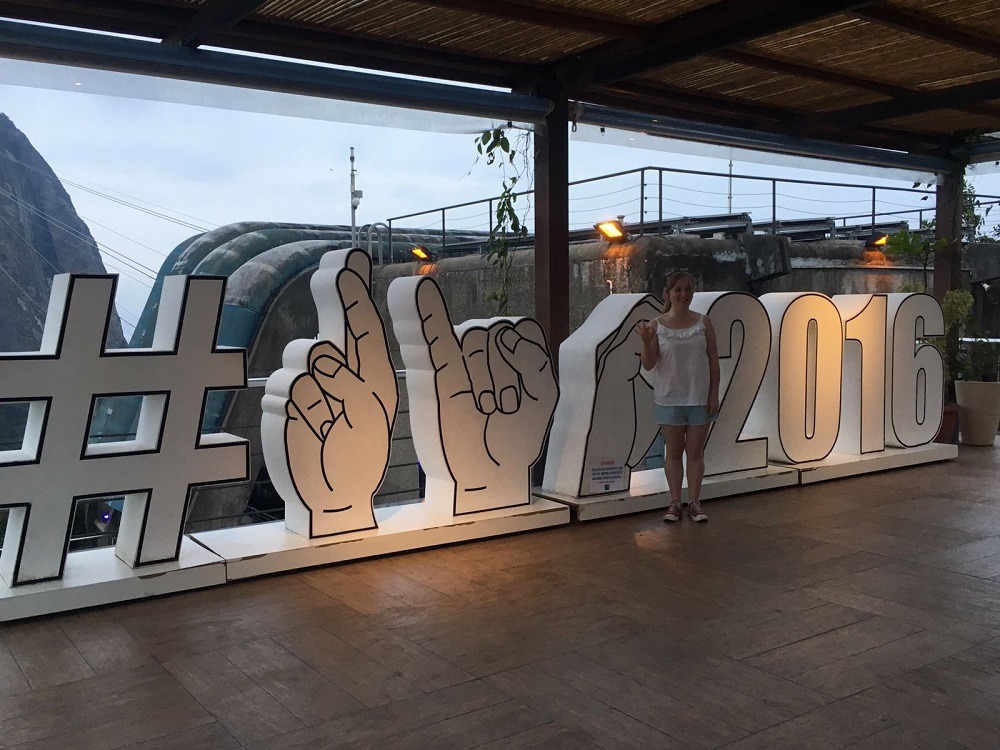 Pavements were sometimes difficult to navigate with a wheelchair, mainly because drop kerbs were not too common. There was the odd occasion, however, when we got stuck in an amusing situation – quite literally.

A particular favourite moment of mine was when my partner in crime, Ella, was stuck on a bus for 20 minutes, because they couldn’t open the door to the ramp. I was a very supportive friend and merely got on the bus to take photographs…

A trip of highlights

Other notable highlights for me include: 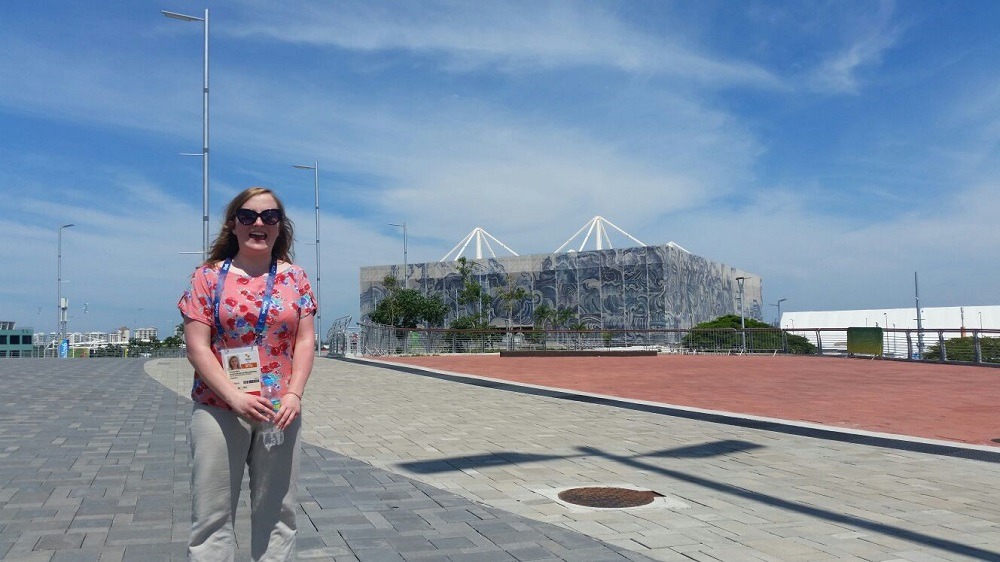 Rio Paralympics 2016 has definitely cemented its place in my heart. The most incredible experience, with a brilliant group of people made for an unforgettable adventure.

Over the last year, I have learnt so much more than I could have imagined. Not only have I gained a new skillset but I’ve also grown so much in confidence and now I feel ready to take on the world. At the moment I’m looking for the next adventure within sports broadcasting – watch this space!

Love Charlotte’s writing? We do too. You can read her other blog post for My Family, Our Needs here.

The homecoming victory parade in Manchester will be broadcast live on Channel 4 today, October 17th, from 4pm-6.30pm. Channel 4 News presenter Jon Snow will present coverage from Manchester’s Albert Square, where the parade route finishes and a grand-finale celebration will take place.

Did you see our recent #puberty series with advice from @KateEReynolds1? (http://bit.ly/3bMTOFE). We now have a copy of her book The #Autism-friendly Guide to Periods to #giveaway!

We can't believe it's been 1 week since the #BAPSAwards voting opened! Thank you so much for all of the votes so far.

Don't fear, there is still time to vote for your favourite #SEND blogger or all round bloody awesome people here: https://www.myfamilyourneeds.co.uk/baps/baps-awards-final-vote/

The #PDA profile of autism is often missed, misunderstood or misdiagnosed which can lead to poor outcomes.

This page explores why as well as the key features of the PDA profile.
#PathologicalDemandAvoidance